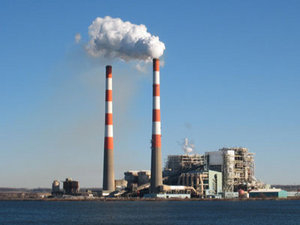 This is the power plant where David Cook was last seen by a reliable source.

The oldest of seven siblings, David always found himself relying on responsibility and hard-work, and his family says he carried this mentality into his adult years.

David and his siblings grew up on a ranch, and their father grew up a rancher.

David, as a child, spent hours upon hours helping his father on the farm, and, as a result, David developed an undying adoration and dedication towards ranching and all that accompanied it.

“This was his joy. He loved it,” says his sister, Judy.

Friends and family all say David was too reliable, too invested in his work, and too much in love with his land and the animals that lived on it to simply wander off and start anew.

David didn’t have any vices either. Drugs, alcohol, gambling or anything of that nature, cops say, ever plagued David.

“If anything,” Judy says, “David was a workaholic.”

Nothing other than work occupied his life and, according to his family, David wouldn’t have it any other way.

So what happened to David? There are many questions revolving around his disappearance, and police and family are desperately searching for any information that might lead to the David's recovery.

Sergeant Greg Martin of the Missouri Highway Patrol believes his department may have unveiled some possible motives, but there is no evidence to support any of them.